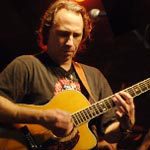 Joe Uehlein: Founding President of the Labor Network for Sustainability, and Voices for a Sustainable Future, and Founding President of the Labor Heritage foundation. Joe is the former secretary-treasurer of the AFL-CIO’s Industrial Union Department and former director of the AFL-CIO Center for Strategic Campaigns. Joe spent over 40 years doing organizing, bargaining, and strategic campaign work in the labor movement, while also living his life at the confluence of art and activism, and deeply immersed in the environmental movement and especially the climate change movement. Joe also served as the Secretary to the North American Coordinating Committee of the International Federation of Chemical, Energy, and Mine Workers unions (ICEM). Joe also served on the United Nations commission on global warming from its inception in 1988 through the Kyoto Accords in 1997 until 2003.  Joe is a founding board member of Ceres (Coalition for Environmentally responsible Economies), and served on the Ceres board for 23 years.  Joe is a member of the National Advisory Board of the Union of Concerned Scientists, and served as a senior strategic advisor to the Blue Green Alliance for five years.  Joe is a current board member of USCAN, the US Climate Action Network.  In the early 1970’s he worked in an aluminum mill in Mechanicsburg, PA as a member of the United Steelworkers of America, and then on heavy and highway construction projects in Central Pennsylvania as a member of the Laborer’s International Union of North America.  He also serves on the advisory board of the Future of Music Coalition. Joe is a musician, and a 53-year member of the American Federation of Musicians. Joe was the organizer of the first ever AFL-CIO Arts & Activism Award, and assisted in the Organizing of the Tell Us The Truth Tour in 2003.

Joe was a chief architect of the famous Ravenswood Campaign, designed to track down and pressure Marc Rich, the largest metals trader in the world and fugitive from US justice, to end a vicious management lockout of the workers (union-busting) at an aluminum mill owned by Mr. Rich in Ravenswood, West Virginia. The campaign was waged on five continents in 22 countries for nearly two years. A complete victory resulted in the firing of management, and restored all locked-out workers to their jobs with a good union contract.

Joe was also a chief organizer of the labor component of the massive anti-corporate globalization demonstrations against the WTO in Seattle, WA on November 30, 1999. The WTO’s (World Trade Organization) first meeting on US soil could not be held due to the demonstrations – a great victory, and a powerful coming together of progressive forces who believe that globalization should serve humanity, not corporate interests.

Joe is also a musician and bandleader. The ULiNERS are a DC-based Americana roots rock band now celebrating 16 years together. The band plays a wide variety of Americana roots music with a strong specialty in songs that have something to say about the world around us (labor, environmentalism, human rights and social and economic justice). His deep interest in the culture of the working class, growing up in steel communities along the banks of the great Lake Erie, motivated him to help found the Labor Heritage Foundation (LHF) in 1980. The LHF is a working class arts organization dedicated to raising awareness of working class issues through the arts – using cultural tools, like art and music, to help with organizing, bargaining, mobilization and education, and union building. The LHF also maintains a network of artists whose art form has a working class thematic.