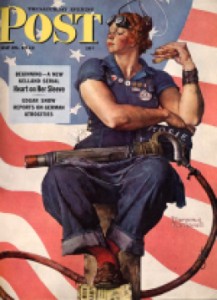 The first society of working women, the Daughters of Liberty, is organized as an auxiliary of the Sons of Liberty, a workingman’s association.

The first union for women only formed: The United Tailoresses of New York.

February 1600 women members of the United Tailoresses of New York, strike for “a just price for our labor.”

The Female Labor Reform Association is formed in Lowell, Massachusetts by Sarah Bagley and other women cotton mill workers to reduce the work day from 12 or 13 hours a day to 10, and to improve sanitation and safety in the mills where they worked.

Antoinette Brown is the first U.S. woman ordained as a minister in a protestant denomination.

Cigar makers are the first national union to accept women and African Americans.

Atlanta, Georgia: 3,000 Black women laundry workers stage one of the largest and most effective strikes in the history of the south.1888

Jane Adams founds Hull House in Chicago to assist the poor. It becomes a model for many other settlement houses and establishes social work as a profession for women.

Secure matrons in all police stations

Charlotte Perkins Gillman wrote Women and Economics in 1898 arguing that women need to be economically independent.

The National Consumers League is formed with Florence Kelley as its president. The League organizes women to use their power as consumers to push for better working conditions and protective law for women workers.

Mary Harris “Mother” Jones leads a protest march of mill children, many of who were victims of industrial accidents, from Philadelphia to New York.

The wives of striking miners arrested in Greensburg, Pennsylvania sing their way out of jail under the leadership of Mother Jones.

In Lawrence, Massachusetts the IWW leads a strike of 23,000 men, women and children to organize the Lawrence Textile Mills: The “Bread & Roses” Strike, hailed as the first successful multi-ethnic strike (see History Matters).

Ludlow Massacre: on April 20th a small army of goons hired from the Baldwin-Felts agency backed up by the National Guard lay down a barrage of machine gun fire on a strikers’ tent village at Ludlow, Colorado, killing men, women and children.

Jeannette Rankin (R-MT) became the first women elected to the United States House of Representatives. Ms. Rankin served two terms in the House from (1916-1918 and (1940-1942)

August 26, United Mine Workers’ organizer Fannie Sellins, a widowed mother of four, is shot to death by coal company guards while leading strikers in Brackenridge, Pennsylvania.

Francis Perkins, the first women in a presidential cabinet, served as Secretary of Labor throughout the Roosevelt administration, 1933-1945.

December 28th, a “sitdown strike” of auto workers (UAW) supported by the Women’s Emergency Brigade at the General Motors plant in Flint, Michigan.

President FDR appointed Ms. Bethune to serve as director or Negro Affairs of the National Youth Administration in 1936 making her the first African-American women to be a presidential advisor.

President John Kennedy establishes the President’s Commission on the Status of Women and appoints Eleanor Roosevelt as chairwoman. The report issued by the Commission in 1963 documents substantial discrimination against women in the workplace and makes specific recommendations for improvement, including fair hiring practices, paid maternity leave, and affordable child care.

June 10: Congress passes the Equal Pay Act, making it illegal for employers to pay a woman less than what a man would receive for the same job.

Title VII of the Civil Rights Act bars discrimination in employment on the basis of race and sex. At the same time it establishes the Equal Employment Opportunity Commission (EEOC) to investigate complaints and impose penalties.

Aileen Hernandex was the first woman appointed to the Equal Employment Opportunity Commission. In 1971 she was elected president of NOW.

The National Organization for Women (NOW) is founded by a group of feminists including Betty Friedan. The largest women’s rights group in the U.S. NOW seeks to end sexual discrimination, especially in the workplace, by means of legislative lobbying, litigation, and public demonstrations.

Executive Order 11375 expands President Lyndon Johnson’s affirmative action policy of 1965 to cover discrimination based on gender. As a result, federal agencies and contractors must take active measures to ensure that women as well as minorities enjoy the same educational and employment opportunities as white males.

The EEOC rules that sex-segregated help wanted ads in newspapers are illegal. This ruling is upheld in 1973 by the Supreme Court, opening the way for women to apply for higher-paying jobs hitherto open only to men.

Shirley Chisholm is the first Black woman elected to U.S. Congress. In 1972, she ran for president.

In Bowe v. Colgate-Palmolive, the Supreme Court rules that women meeting the physical requirements can work in many jobs that had previously been for men only.

In Schultz v. Wheaton Glass Co., a U.S. Court of Appeals rules that jobs held by men and women need to be “substantially equal” but not “identical” to fall under the protection of the Equal Pay Act. An employer cannot, for example, change the job titles of women workers in order to pay them less than men.

Mar. 22: The Equal Rights Amendment (ERA) is passed by Congress and sent to the states for ratification. Originally drafted by Alice Paul in 1923, the amendment reads: “Equality of rights under the law shall not be denied or abridged by the United States or by any State on account of sex.” The amendment died in 1982 when it failed to achieve ratification by a minimum of 38 states.

May 30, Crystal Lee Jordan (aka “Norma Rae”) is fired for trying to organize a union at the J.P. Stevens plant in Roanoke Rapids, North Carolina

In Corning Glass Works v. Brennan, the U.S. Supreme Court rules that employers cannot justify paying women lower wages because that is what they traditionally received under the “going market rate.” A wage differential occurring “simply because men would not work at the low rates paid women” is unacceptable.

March 22, the founding convention of the Coalition of Labor Union Women (CLUW) in Chicago elects Olga Madar its first president.

November 13, Karen Gay Silkwood, a lab tech at the Cimeron plutonium plant and officer of the Oil, Chemical, and Atomic Workers Union local in Oklahoma City dies mysteriously en route to a union meeting with a newspaper reporter.

The Pregnancy Discrimination Act bans employment discrimination against pregnant women. Under the Act, a woman cannot be fired or denied a job or a promotion because she is or may become pregnant, nor can she be forced to take a pregnancy leave if she is willing and able to work.

100,000 women and men march in support of the Equal Rights Amendment in Washington, D.C.

Sandra Day O’Connor was the first woman appointed to the U.S. Supreme Court.

Sally Ride was the first American woman in space.

The Supreme Court declares sexual harassment is a form of illegal employment discrimination.

Women serve in combat for the first time, during the Gulf War.

Arlene Holt Baker is named executive vice president by the AFL-CIO Executive Council, becoming the first African-American to be elected to one of the federation’s three highest offices and the highest-ranking African-American woman in the union movement.

Randi Weingarten, Antonia Cortese and Lorretta Johnson are elected to the top leadership positions in the American Federation of Teachers. It’s the first time three women hold the top posts in AFT, whose membership is more than 70 percent female.

Arlene Holt Baker and Liz Shuler are elected Executive Vice President and Secretary-Treasurer, respectively, of the AFL-CIO.  They join with Rich Trumka (the newly elected President) in forming a team that for the first time in history includes two women, one African American and one the youngest woman (respectively) to be elected to this the Executive Leadership.

Please note: Local Pickup can only be used if in the Metro D.C. area. Dismiss