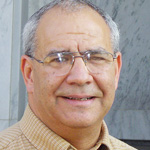 From 1980 to 1988 Saul edited Talkin’ Union, a journal of labor folklore, music and history. This publication began as a networking tool for attendees of the Great Labor Arts Exchange but its focus expanded to promote culture and history throughout the labor movement. Talkin’ Union featured songs, stories, cartoons, photographs and poems that expressed the tradition of solidarity in America’s labor movement.

Saul’s musical career began with the labor song trio, Folkworks, founded in 1975 to support the Washington Post pressmen during the bitter strike of 1975. Folkworks continued to perform at numerous rallies, picket lines and festivals throughout the 1980s.

In 1994 Saul participated in the USA Labor Culture Tour of Sweden with 14 labor educators, artists and activists. Sponsored by Sweden’s blue collar labor federation the tour featured exchanges with cultural workers and union leaders that included visits to Swedish cultural institutions. Inspired by this tour Saul helped to organize the Study Circle Leadership Workshop (1996) sponsored by the AFL-CIO Dept. of Education.

Saul directs the Inventory of American Labor Landmarks, a project of the Labor Heritage Foundation. The Inventory is a listing of places in the United States that commemorate the history and heritage of America’s workers. Included are monuments and memorials, historical markers and murals, labor history tours and museums, famous meeting places and union halls.

Currently Saul Schniderman is the president of the Library of Congress Professional Guild, AFSCME Local 2910. He also serves on the executive board of AFSCME Council 20, District of Columbia.