“I have often been utterly astonished, since I came to the north, to find persons who could speak of the singing, among slaves, as evidence of their contentment and happiness. It is impossible to conceive of a greater mistake. Slaves sing most when they are most unhappy. The songs of the slave represent the sorrows of his heart; and he is relieved by them, only as an aching heart is relieved by its tears. At least, such is my experience. I have often sung to drown my sorrow, but seldom to express my happiness. Crying for joy, and singing for joy, were alike uncommon to me while in the jaws of slavery. The singing of a man cast away upon a desolate island might be as appropriately considered as evidence of contentment and happiness, as the singing of a slave; the songs of the one and of the other are prompted by the same emotion.” 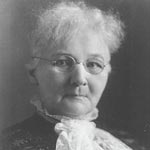 “When they got to Greensburg, the women sang as the car went through the town. A great crowd followed the car, singing with them. As the women, carrying their babies, got off the car before the jail the crowd cheered and cheered them. The police officers handed the prisoners over to the sheriff and both of them looked relieved.

The sheriff said to me, ‘Mother, I would rather you brought me a hundred men than those women. Women are fierce.!’

‘I didn’t bring them to you, sheriff,’ said I, ‘twas the mining company’s judge sent them to you for a presnt.’

The sheriff took them upstairs, put them all in a room and let me stay with them for a long while. I told the women:

‘You sing the whole night long. You can spell one another if you get tired and hoarse. Sleep all day and sing all night and don’t stop for anyone. Say you’re singing to the babies. I will bring the little ones milk and fruit. Just you all sing and sing.”

The sheriff’s wife was an irritable little cat. She used to go up and try to stop them because she couldn’t sleep. Then the sheriff sent for me and asked me to stop them.

‘I can’t stop them,’ said I. ‘They are singing to their little ones. You telephone to the judge to order them loose.’

Complaints came in by the dozens: from hotels and lodging houses and private homes.

‘Those women howl like cats,’ said a hotel keeper to me.

‘That’s no way to speak of women who are singing patriotic songs and lullabies to their little ones,’ said I.

Finally after five days in which everyone in town had been kept awake, the judge ordered their release. He was a narrow-minded, irritable, savage-looking old animal and hated to do it but no one could muzzle those women.” 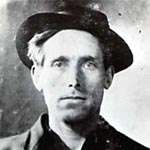 A pamphlet, no matter how good, is never read more than once, but a song is learned by heart and repeated over and over; and I maintain that if a person can put a few cold, common sense facts into a song, and dress them up in a cloak of humor to take the dryness off of them, he will succeed in reaching a great number of workers. 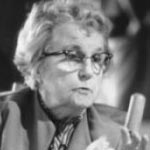 Sherif J.H. Blair and his men came to our house in search of Sam – that’s my husband – he was one of the union leaders. I was home alone with our seven children. They ransacked the whole house and then kept watch outside, waiting to shoot Sam down when he came back. But he didn’t come home that night.

Afterward I tore a sheet from a calendar on the wall and wrote the words to “Which Side Are You On?” to an old Baptist hymn, “Lay the Lily Low”.

My songs always goes to the underdog – to the worker. I’m one of them and I feel like I’ve got to be with them. There’s no such thing as neutral. You have to be on one side or the other. Some people say, “I don’t take sides – I’m neutral.” There’s no such thing. In your mind you’re on one side or the other. In Harlan County there wasn’t no neutral. If you wasn’t a gun thug, you was a union man. You had to be. 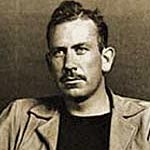 The songs of the working people have always been their sharpest statement and the one statement which cannot be destroyed. You can burn books, buy newspapers, you can guard against handbills and pamphlets, but you cannot prevent singing. 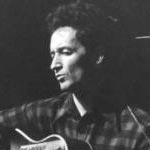 I sing songs that people made up to help them to do more work, to get somewhere in this old world, to fall in love and to get married and to have kids and to have trade unions and to have the right to speak out your mind about how to make this old world a little bit better place to work in. I sing songs about people that are fighting with guns to win a world where you’ll have a good job at union pay, and a right to speak up, to think, to have honest prices and honest wages and a nice clean place to live in and a good safe place to work in. I even sing songs about getting nursery schools for little kids too young to play in the streets, and schools where all of the other kids can go to keep from playing their games under the garbage trucks. I don’t sing any songs about the nine divorces of some millionaire playgal or the ten wives of some screwball. I’ve just not got time to sing those kind of songs and I wouldn’t sing them if they paid me a thousand dollars a week. 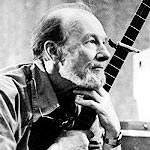 The very best verse [of “We Shall Overcome”] was made up in Montgomery, Alabama, the city of the 1956 bus boycott:

“We are not afraid- today!”

You and I – every human being in the world – we have been afraid; but still you sing “We are not afraid!”

Without this verse, none of the other verses could come true. 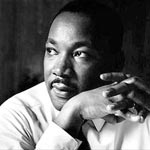 I have stood in a meeting with hundreds of youngsters and joined in while they sang “Ain’t Gonna Let Nobody Turn Me ‘Round”. It is not just a song; it is a resolve. A few minutes later, I have seen those same youngsters refuse to turn around from the onrush of a pugnacious Bull Connor in command of men armed with power hoses. These songs bind us together, give us courage together, help us to march together. 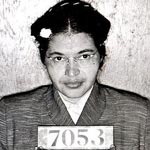 My belief in Freedom goes way back to the days when my mother used to sing “Oh Freedom Over Me”. I will never forget those words:

These words formed my feelings about being free. They gave me strength when things seemed bad, and they guided my thoughts about what I was willing to do to be free. So when I declined to give up my seat, it was not that day or that bus in particular. I just wanted to be free like everybody else. I did not want to be continually humiliated over something I had no control over: the color of my skin. 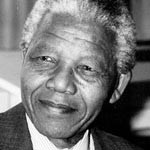 The curious beauty of African music is that it uplifts even as it tells a sad tale. You may be poor, you may have only a ramshackle house, you may have lost your job, but that song gives you hope. African music is often about the aspirations of the African people, and it can ignite the political resolve of those who might otherwise be indifferent to politics. One merely has to witness the infectious singing at African rallies. Politics can be strengthened by music, but music has a potency that defies politics.