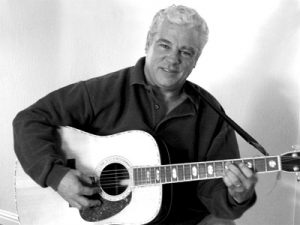 Remembering a friend and fighter for Justice and Equality

Legendary musician, union activist, Emmy-winning producer, skilled soccer player and social justice hero Jon Frommer passed away on January 2, 2013 at his Mill Valley home after a long battle with cancer. He was 66 years old. Jon and his songs are well-known and loved across labor and civilil rights communities. His legacy will live on through his music and all of the lives he touched, changed and inspired.

Jon is one of the founders of the Western Workers Labor Heritage Festival which presented him the Labor Arts Award in 2011. He co-founded the Freedom Song Network in the Bay Area and was a primary musical organizer for the annual protests at the School of the Americas in Ft. Benning, Georgia. In addition to the many Emmy awards of the years, Jon also received the Joe Hill Award from the Labor Heritage Foundation in 2011.

A fund has been set up to collect donations in honor of Jon Fromer. This will be used for his memorial, to promote and circulate Jon’s work, and to support causes he was involved in. Donate through www.inmemoryofjonfromer.com or send a check payable to Mary Frommer to P.O. Box 1912, Mill Valley, California, 94942.

I’m Not Gone -for Jon Fromer by Hali Hammer

Our good friend and activist Jon Fromer made his transition January 2, 2013 after a long battle with cancer.  Jon fought a great fight and in his usual style and flair didn’t skipped a beat in singing out for justice or being a light of change.  Jon’s stellar career includes several CDs, television productions and awards for his work in both TV and music. In 2011, Jon was awarded the Joe Hill Artist Lifetime Achievement Award from the Labor Heritage Foundation at the Great Labor Arts Exchange.   All of us here are sending our love and light to Jon’s family and friends at this time.  If you wish to share with Jon’s family some encouragement, memory, or other good cheer please do not hesitate to do so.

Personally, Jon has been a tremendous light and example for me. Who would think that in just a few short years one person could warm your heart, sing you into joyous action, and inspire revolutionary thinking.  Jon is such a man.  I am humbled and honored to have known him.  He is gentle giant among people who seek to use their entire being to change the world. It is hard to face the loss of such a great person.  Hard to stay positive.  It is hard to even think of a world where we cannot just call Jon and hear his soulful voice.  One thing I can hold on to at this time is that his life and legacy of film and music will live on forever and Jon will live always in my heart.

Jon’s friends have set up a CaringBridge site where you can leave messages of support.  He transitioned peacefully at home, today in northern California with family and friends.

If you have not previously used CaringBridge, you will need to establish a password for the site.  We are told that it is very intuitive because the site builders wanted to make it easy to use to get health updates.  There are plans to post updates on the website, hopefully daily.  There is a place for you to leave a message for Mary Fromer (his wife) and the rest of the family or memories of Jon, who seems to have generated more then his share of stories.  Mary is doing as well as can be expected, and is surrounded by family and her closest friends.

Cards can be sent to 28 Morning Sun, Mill Valley, CA 94941. Jon asked that you continue to sing and struggle for social justice.

Please hold any contributions until further notice; we will also let you know details for the memorial service when they become available.

We love you Mary, Mark, Shelley, Kendyll, Nina, and all of our West Coast family as well as the millions of Jon Fromer fans around the world and we join in with you celebrating the life of this living hero still holding hope for a miracle.

Please note: Local Pickup can only be used if in the Metro D.C. area. Dismiss