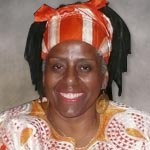 Prior to coming the National Labor College, Elise was the program associate for the Union Minorities/Women Leadership Training Program at the University of Michigan’s Labor Studies Center.  For over 18 years she served Michigan’s trade union community as both an educator and a cultural worker. A long-time member of the Industrial Workers of the World, Elise organized Michigan’s first Latino Workers Leadership Institute and coordinated the Michigan Summer School for Women Workers as well as the Black Men in Unions Institute. Her areas of expertise include Communication Skills, Effective Committee Training, Leadership Training, Teaching Techniques, Labor History and Culture, Diversity Training, Organization Development and “Arts as a Tool for Organizing”.

Elise was Artistic Director of the University of Michigan labor theatre project, Workers’ Lives/Workers’ Stories.  She joined the National Writers Union and began her screenwriting career with a script for the documentary, Porgy and Bess: an American Voice which aired last year on PBS. Since coming to the National Labor College, Elise made her Washington, DC stage debut in Theatre J’s production of Goodnight Irene and founded the DC Labor Chorus. Most recently she directed two productions of the labor jazz opera, Forgotten, in Detroit and in the Washington, DC area (see www.forgottenshow.net).

She was awarded a Bachelor of Fine Arts degree from the University of Michigan. Elise is a lifetime member of the Wobblies (Industrial Workers of the World), a member of the Writers Guild (UAW Local 1981) as well as CWA/Newspaper Guild Local 32035. In 2007 she was given the Hal Kellner Award from American University (AU) and the National Training Laboratory (NTL) when she graduated from the AU/NTL/National Labor College joint program, Masters of Science in Organization Development.